To test the effect of SOD-1 Plus on automatic transmission (AT) performance we carried out an experiment in February, 2018 using a Land Rover Evoque. We wanted to know the difference in power output of the transmission with and without SOD-1 Plus added to the fluid.

2. Using a monitoring machine the accelerator was opened to 20% and
maintained at that point.

Before the experiment we changed the fluid in the AT and did the first test (blue line). Then we added SOD-1 Plus to the fluid and repeated the test (red line).

1. The average power output ( measured in PS units) per speed unit was much higher with the red line (SOD-1 Plus added) than the blue line, indicating that SOD-1 Plus does increase a vehicle’s power.

4. The biggest effect on power output was observed at the slower speeds during acceleration to 80 kph. The reason for this, we conclude, is the improved detergent effect on metal surfaces within the transmission, the improved traction coefficient, and reduce slipping of the clutch plate.

Table 1 – Results of SOD-1 Plus AT power output experiment 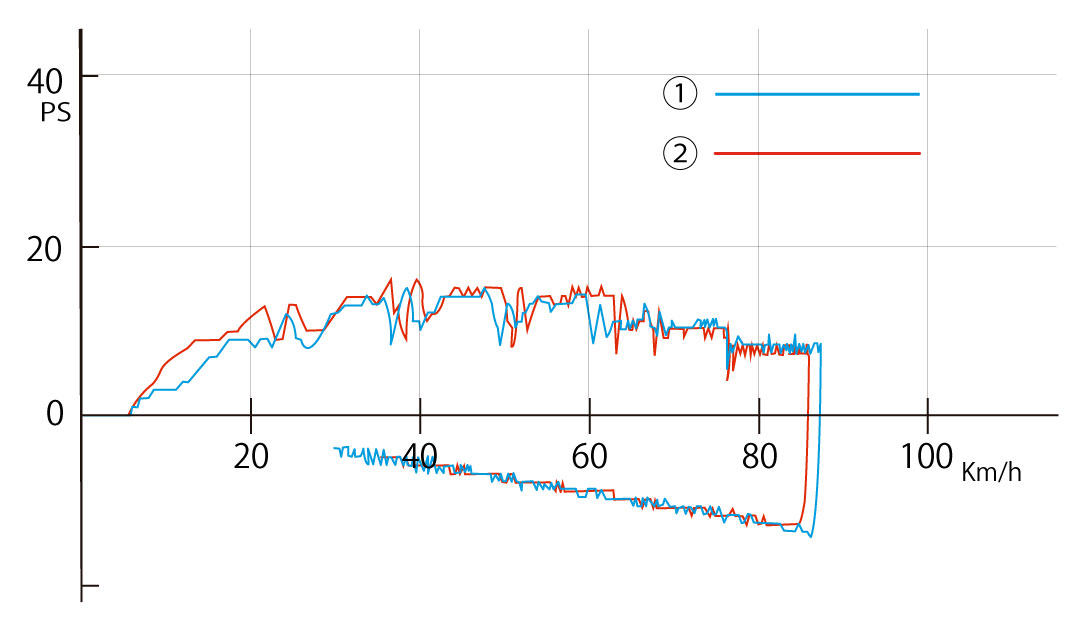