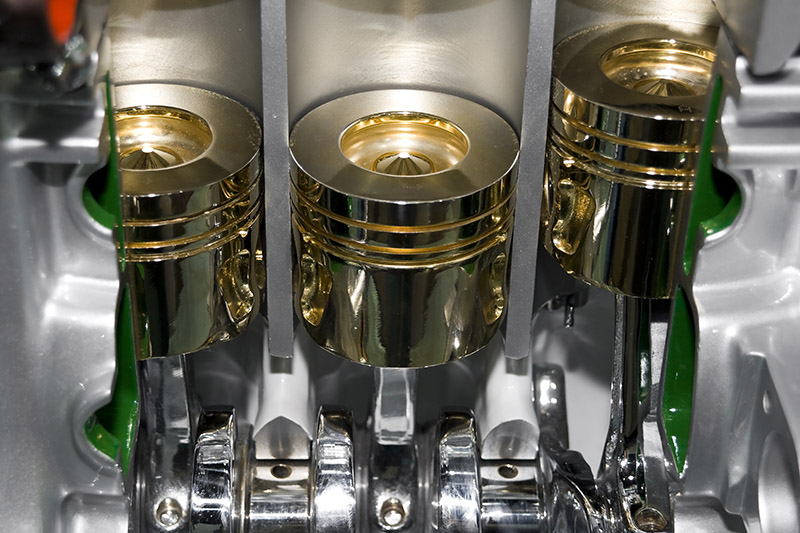 For vehicles that are frequently left idle or not used for extended periods of time there is a risk of damage to the engine caused by a dry start. This is because the film of oil that lubricates the key parts of an engine steadily loses thickness as time passes when the engine is switched off. Maintaining oil film thickness is the way to avoid dry starts which damage the engine by metal parts rubbing together without sufficient lubrication.

On behalf of D1 Chemical Co, our technical advisor, Dr Takashi Watanabe, conducted an experiment using ordinary lubricant oil and our ester-based lubricant additive, SOD-1 Plus. He measured the deterioration in oil film thickness over time and compared the results with and without using SOD-1 Plus added to the oil.

The control lubricant oil used was Toyota brand 0W-20 oil for the first sample. For the second sample SOD-1 Plus was added to the control oil at a 10% ratio by volume. Because the cams on the camshaft are vulnerable to excessive friction from dry starts Dr Watanabe examined the shape of the cams and measured the angles around it at the nose, shoulder, flank, ramp, and base circle.

When the cam is idle the oil film that coats it will lose thickness according to gravity, the oil gradually slipping downwards. The angle at the nose of the cam is 0°, at the shoulder 30°, at the flank 60°, and at the side 90°. Dr Watanabe recreated these angles using test plates of identical material. He then heated the plates and the oil samples to 90°C to simulate the environment of an operating engine. Using a Fischer-Scope MMS PC2 measuring instrument with a beta emitter to measure the oil film thickness in microns, he plotted the gradual deterioration in film thickness over a period of 10,000 minutes, with major benchmarks at 100, 1000, and 10,000 minutes.

Before looking at the comparative results of the tests it’s important to understand something of the difference in metallurgical makeup of the two samples tested. SOD-1 Plus is an ester-based lubricant additive made from a blend of VOE (vegetable oil ester), POE (polyol ester), and DST (diester). This gives it a particular chemical and metallurgical profile with elevated levels of phosphorus (P), zinc (Zn), calcium (Ca), and magnesium (Mg) as the table below shows.

This metallurgical makeup gives SOD-1 Plus the chemical polarity that causes greater adsorption – in other words, it tends to stick to metal surfaces more than ordinary oil does.

Dr Watanabe says this is caused by a chemical reaction in the SOD-1 Plus fluid, and by physical adsorption attributable to Van Der Waal’s force, which is the residual attractive (or replusive) forces between molecules or atomic bonds that do not arise from covalent or ionic bonds. As Dr Watanabe writes in his report:

“ Normally the phosphorus element in lubricant oils sticks to solid particles and then decomposes, reacting with the surface. It serves to form a coating with a high fusion or melting point with little shear strength. Accordingly, in specific terms, the phosphor compounds in SOD-1 Plus – the phosphoric acid ester and phosphonic acid ester – form another coating with the iron phosphate. This is likely to be the cause of the oil film thickening after 165 minutes. Further, we judge that there is no effect on the surface tension from the relative increase in the oil film caused by the SOD-1 Plus.

“ The ester base of the additive SOD-1 Plus – polyol ester, diester, and vegetable oil ester – is a material that has a long chain of hydrocarbons and polarity in its molecular makeup, and because of this strong polarity it has greater chemical and physical adsorption power with friction surfaces and thus can form an adsorptive film on those surfaces.”

In Fig. 3 oil film thickness with SOD-1 Plus added at a 10% ratio by volume was significantly greater. Using the 30° angle test pad the film thickness at 10,000 minutes was 1 micron for the control oil-only sample, and 1.5 microns for the sample with SOD-1 Plus added. This increase of 50% is significant and is what helps an engine avoid a dry start. 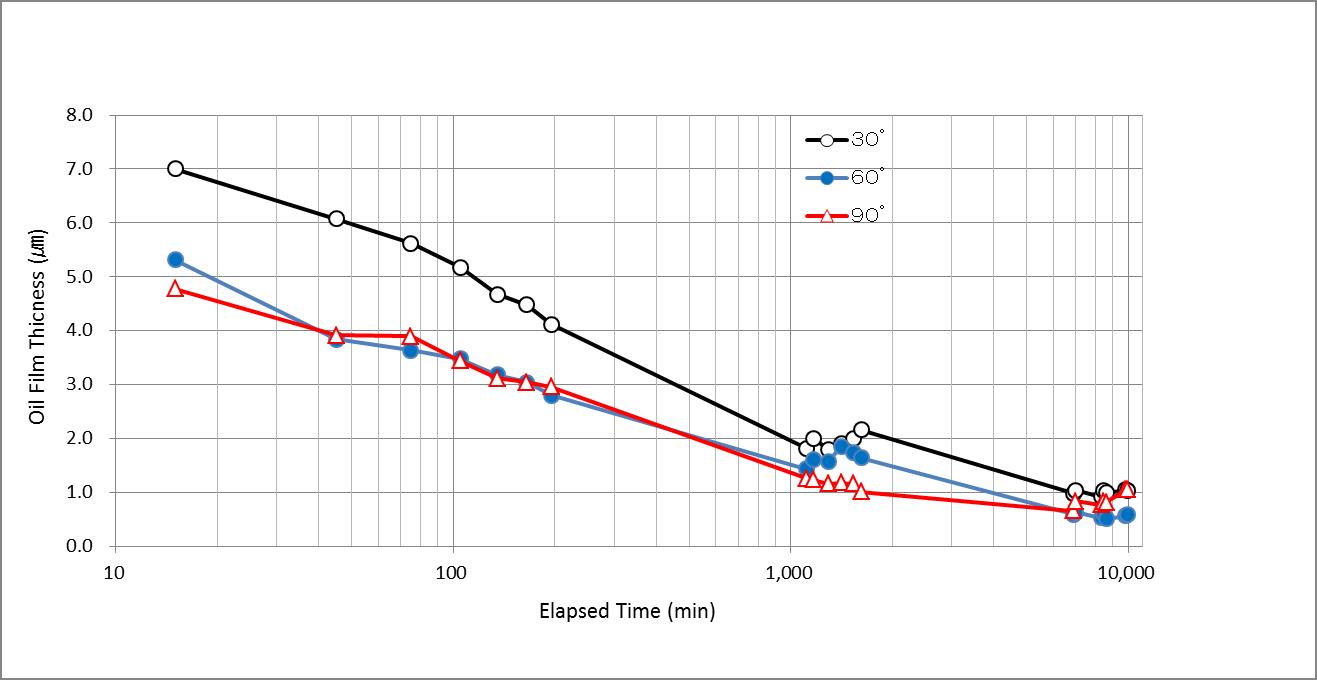 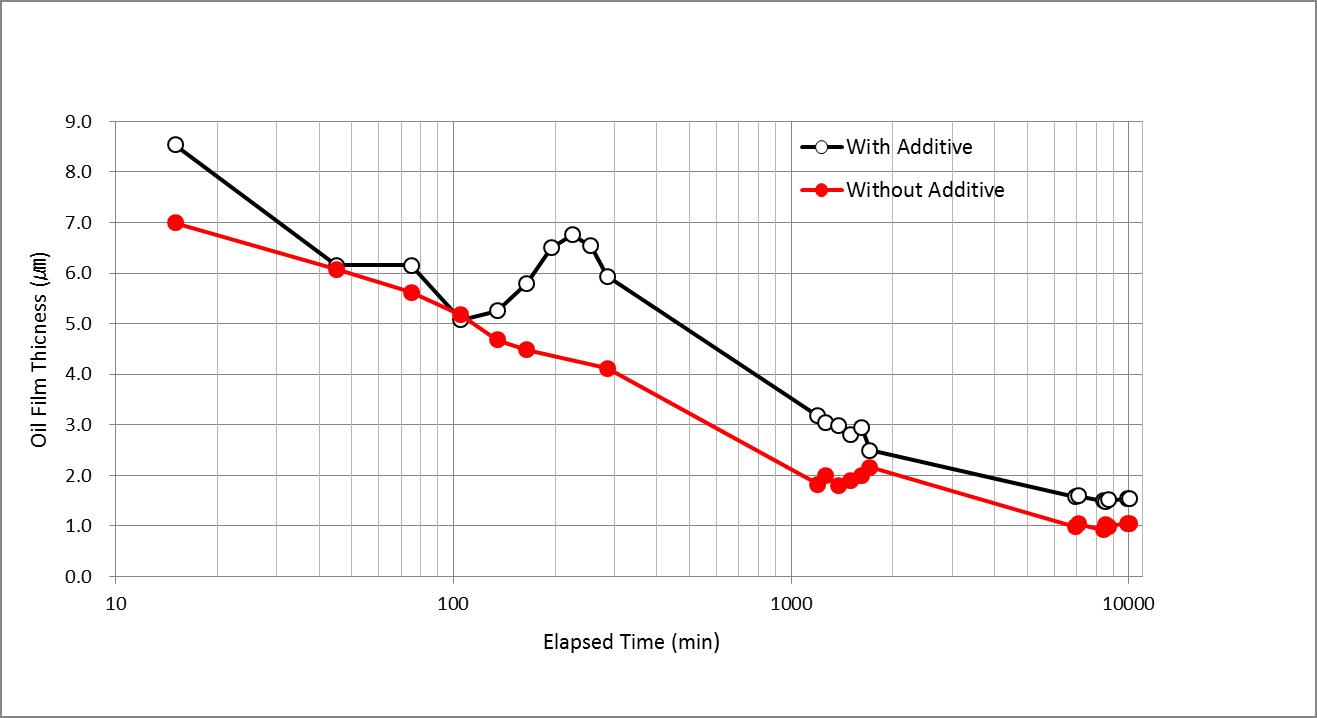 Fig.3 Effect of Additive Presence of “SOD-1 Plus” on Time Series Change of Oil Film Thickness by Cam Angle θ=30°

Clearly the addition of the ester-based additive SOD-1 Plus to the control oil increased the thickness of the oil film. This helps to reduce the friction and wear arising from a dry start. If your car remains unused for a period of a week or more the engine will suffer some damage from a dry start because the oil film within the engine will have deteriorated to a thickness of 1 micron or so. Adding SOD-1 Plus to the oil increases the film thickness by a significant degree.